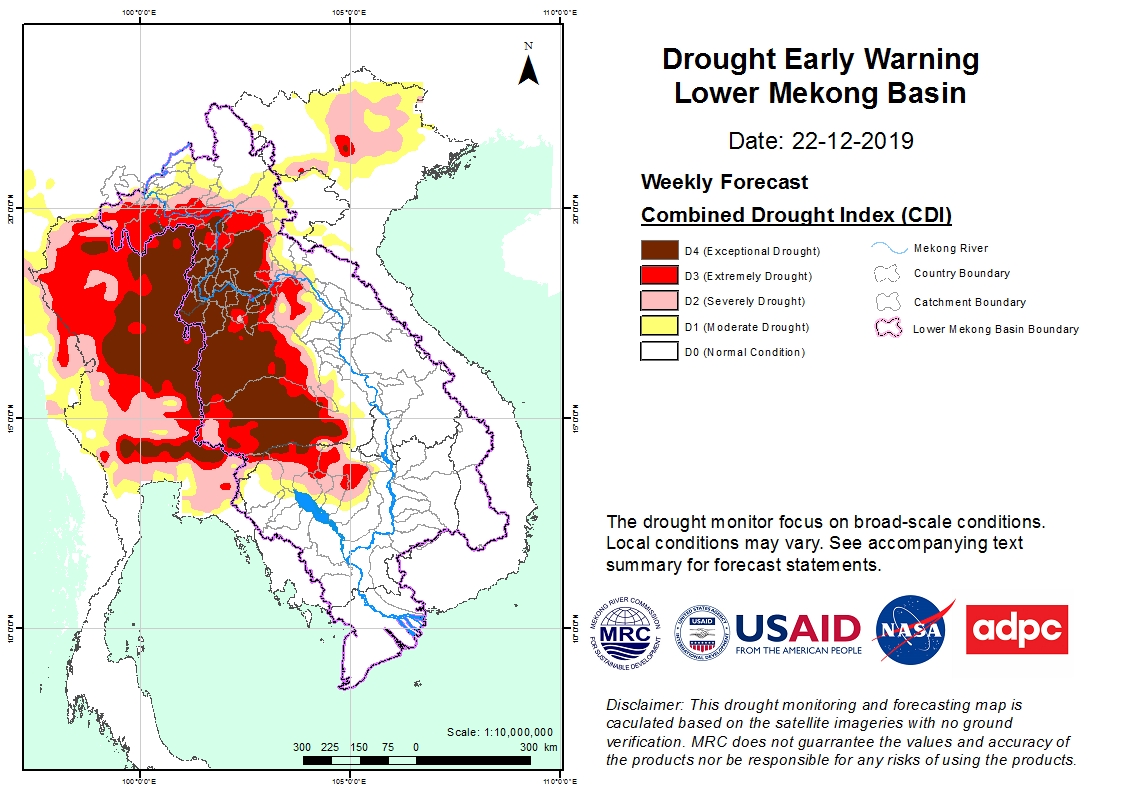 In the forecasting week from 16 to 22 December, drought is predicted to have developed more seriously in the central part of the Lower Mekong Basin  which covers the whole Northeastern Thailand with extreme and exceptional conditions. It is predicted that the dry condition is moving towards Northeast of Cambodia covering some parts of Preh Vihea, Urdor Meanchey and Siem Reap, and some parts of Southern Lao PDR with severe condition. The main cause of the extreme drought is deficiency of rainfall in the last wet season plus dried soil moisture in the areas due to high evapo-transpiration.

Current water levels at most stations are significantly low at their minimum level. Soil moisture is also predicted to be in moderate and severe drought in middle part of the LMB especially North-eastern Thailand. Other parts of the region is at normal condition during the predicting week.

We can infer that the Lower Mekong Basin starts to face both hydrological and agricultural droughts in the Central part of the region in December, though the impacts are not serious as it is the end of the wet season crop. This condition might develop more seriously in the coming weeks and would not be good for dry season crops in the impacted areas.